All images © B. Lynch

As Director of the Trustman Gallery at Simmons College, Lynch opens the gallery year with the exhibition: Andy Warhol—What’s the Difference?  http://www2.simmons.edu/trustman/

Lynch was part of the spring 2017 show: Freedom of Expression at the Cape Cod Museum of Art. Funny Money, a digitally composed image features the portraits of the Reds on denominations.

The Jamaica Plain Art Council juried Lynch into Projections, a one night outdoor event in late July at the Brewery complex that included the projected art images, music and food. Her three images of the Red Baiter series were their first public outing. This new series is created by digitally combining large-scale ink drawings mounted on cut-outs to create free standing figures and inserting them into modified digital images. 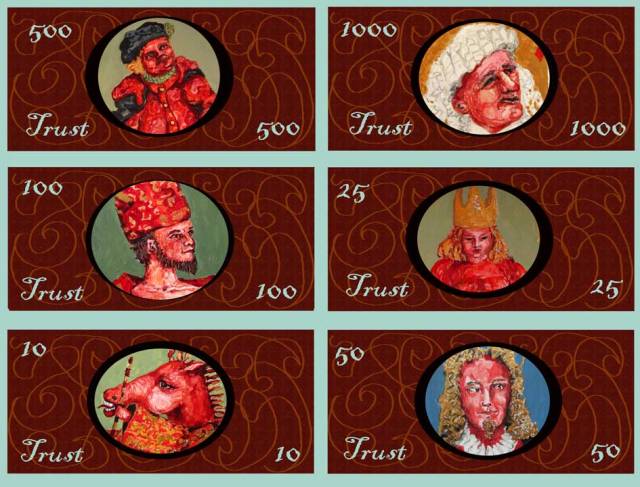 The Red & the Grey

My time-bending universe of the Reds & Greys looks at the corrosive effect of income disparity on our society and democracy. As the rich get richer the less fortunate seem caught in a cycle of despair.

By not settling details of time and place I hope to explore the human qualities of exerting power to hold onto wealth vs. the need for meaningful endeavor and the satisfaction of skill. 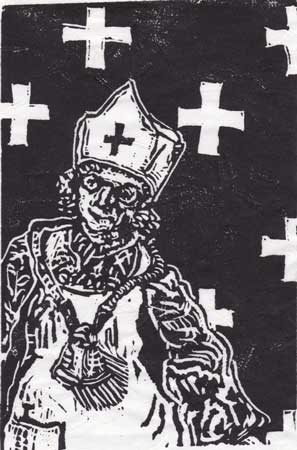 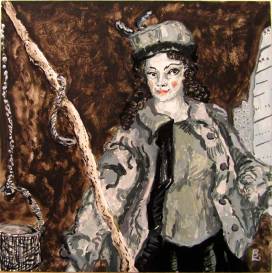 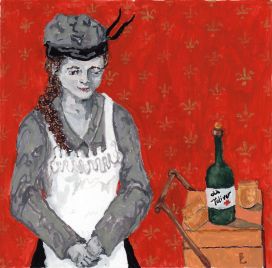 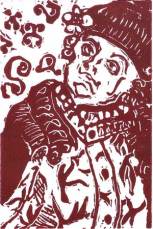 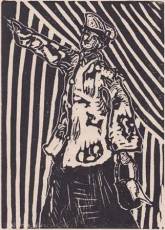 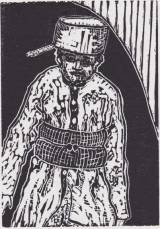 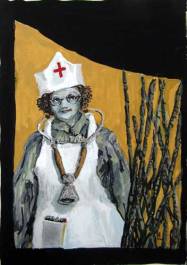 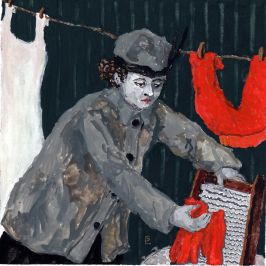 Working for the Reds 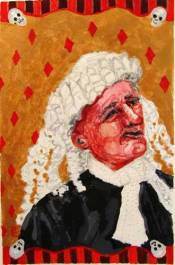